Is the Push for Better Children’s Programming Enough to Make a Change?

It’s no secret how much of an impact television has on the development and learning of young children. From knowing their ABC’s to understanding valuable moral lessons and social nuances, the sort of things they … 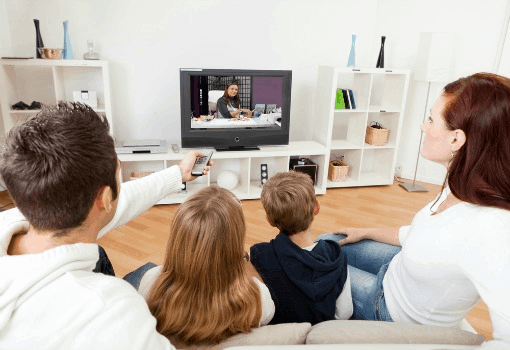 It’s no secret how much of an impact television has on the development and learning of young children. From knowing their ABC’s to understanding valuable moral lessons and social nuances, the sort of things they are exposed to while small are key factors in determining the sort of person they’ll be when they grow up.

However, in our age of information, are we doing enough to properly manage the entertainment that our children are exposed to. And is pushing for a better quality of television programming really enough to tackle this sensitive issue?

Television As We Knew It

Most adults grew up with just a few channels. If your parents didn’t have digital cable TV, then your television viewing time was restricted to the couple of daytime hours when kids programs were aired. Beyond this, we were forced to make our own entertainment, play make-believe and socialize with friends.

The types of shows we were used to involved the factual and fun Blue Peter and the much-loved Full House. While there are still plenty of examples of quality programs such as these, the one big difference is the ease of access and the rate that kids today are watching TV.

The Next Big Thing

These days, most family televisions have, quite literally, hundreds of channels, alongside any internet streaming services, such as Netflix, that may be installed. This doesn’t even take into consideration websites such as YouTube and other video services.

In fact, access to children’s programming has become so prevalent that children can be glued to their screens for entire days and never run out of things to watch. In reality, campaigning for better television programs is an endeavor that has become almost completely redundant, as our culture of instant access and abundance has meant that it’s almost impossible to police content in this way.

Aside from the futility of pushing for better children’s programming, there is also another element to this discussion that seems to have been missed. The reality of the situation is that exposing younger children to shows that are aimed at older people is a key part of growing up. Learning to transition from the child-like adventures of cartoon characters into the true problems of adult life can be supported by taking children out of their comfort zone and exposing them to supposedly “inappropriate” material.

However, it’s becoming less possible for this to happen. As modern day children’s shows are largely confined to their own channels, this sort of holistic approach to raising young ones is no longer possible. Alongside this, as the days of the watershed seem to be long gone and shows are constantly pushing the limits of appropriate content, allowing full freedom is also not the best option.

Many believe that the problem does not lie in the quality of children’s programming, but in programs in general. The Game Of Thrones generation are becoming quickly de-sensitized to violence, sex and gore, so it’s no wonder that the quaint, educational shows of their childhood are fast being overshadowed.

Unfortunately, despite the parental locks and restricted access settings, children are always going to find a way to access inappropriate content. Even before television, kids were stealing provocative books of their parent’s bookshelves and hiding them under the covers at night.

It’s becoming increasingly obvious that controlling what your kids see is an impossible task. With so many unfiltered ways to watch TV shows, and the ever-mischievous lust of youth, it’s neither feasible to change the programming or restrict access. So if television content isn’t the answer for making a change, what is?

Kids aren’t stupid; however, as adults, it can be easy to underestimate them. Instead of pushing for better television, try talking about the things they are already watching. Help them gain a better understanding from it and allow them to ask any potentially awkward questions they might have.

Starting a dialogue like this at a young age is a fantastic way to create open-minded, perceptive and analytical individuals. If you can raise a child with a comprehensive understanding of the ins and outs of life and society, then it won’t matter what they watch!

Unfortunately this problem is never going to be one with a definitive answer. Every parent will choose to raise their kids according to their own standards and opinions. If you have any ideas on the subject, then be sure to leave a comment below and help continue the discussion!

Teaching Your Kids To Establish Their Own Business