A recent study carried out by Johns Hopkins University School of Medicine in the US seems to have shown that octopuses become more sociable after absorbing small doses of MDMA. Octopuses are smart, beautiful creatures, possessed … 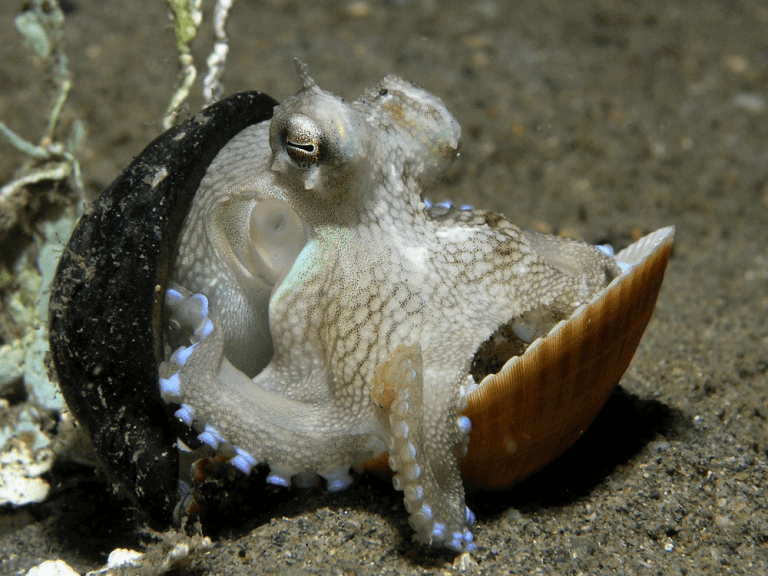 A recent study carried out by Johns Hopkins University School of Medicine in the US seems to have shown that octopuses become more sociable after absorbing small doses of MDMA.

Octopuses are smart, beautiful creatures, possessed with extraordinary personalities. They belong to a class of marine mollusks called cephalopods, and range from less than an inch in length to the giant Pacific octopus, which weighs in at 100 pounds and spans 20 feet from arm tip to arm tip.

Studies have shown that octopuses have the ability to learn, use tools and solve problems. They have been seen navigating mazes and unscrewing jars to obtain the food inside. Tales from science labs involving octopus escapes and raids on neighboring tanks at night have led to starring roles for octopuses in animated films such as Finding Dory.

Octopuses are really secretive by nature and, in the blink of an eye, can change their color, texture, and shape to blend in with their surroundings.

The act of changing color is the work of cells called chromatophores that contain colorful pigments (black, brown, orange, red, or yellow) and can be squeezed like a balloon to make the pigments more prominent on the skin.

Secrecy also seems to mean a desire to live alone and be rather temperamental, with octopuses being notoriously asocial, and even growing hostile in the presence of other octopuses. Except, it appears, when they have taken MDMA, the psychedelic party drug commonly known as ecstasy.

MDMA is a synthetic drug known to produce feelings of extreme euphoria, increases of energy, and a strong emotional attachment to those around the person that takes it. This mood-altering drug works by flooding the brain with a chemical called serotonin, which is popularly thought to be a contributor to feelings of well-being, happiness, and an increased desire for social interactions.

This last point was perhaps the deciding factor as to why researchers at Johns Hopkins University in the US decided to test small doses of the drug on octopuses in their labs.

Gül Dölen, a neuroscientist at the Johns Hopkins University School of Medicine, believed MDMA to be a great tool for investigating whether or not an octopus can become social. So, she designed an experiment with a tank that accommodated three connected water chambers. One of the chambers contained an octopus trapped in an overturned plastic bucket, one was empty, and the third had a plastic toy in it.

During these initial sessions, a majority of the test octopuses avoided the social chamber where an unfamiliar male octopus was caged and spent most of their time in the chamber containing a toy.

The test octopuses were then submerged in a bath of artificial seawater mixed with liquefied MDMA, which they absorbed through their gills and, one-by-one, placed in the chambers again for another 30 minutes.

While on the drug, all five spent far more time in the chamber with the caged octopus than they did they did in the other chambers and were also observed to be “hugging the cage”

Other parallels with the euphoria experienced by humans who take MDMA were observed with some octopus being very playful, doing water acrobatics or just floating around with their arms outstretched, doing what the researchers described as “water ballet”.

What do the findings mean?

To see animals that are almost completely antisocial, except when mating, act in this way is a fascinating discovery. But further studies will need to be done to ensure the results are accurate, and the octopuses hadn’t just got used to their surroundings the second time around, for example.

Ideally, the experiment would be repeated on a larger scale, with some of the octopuses placed in the tank for the first time after absorbing ecstasy, and others not.

However, Dölen’s study has shown that our brains, although radically different from that of an octopus, do have a few striking similarities from the molecular level to the behavioral one.

This strengthens the idea, says Robyn Crook, a neuroscientist from San Francisco State University, that “there are only so many ways to make an intelligent brain. And perhaps Octopuses really are the best example we have on Earth of a second intelligence.”

Although this study is in its preliminary stage, Dr. Dölen thinks octopuses present a promising model for studying MDMA’s effects on the human brain, treating PTSD and better understanding how the brain evolved to conjure social behaviors.

She added that when the octopuses came down from their serotonin highs, they acted completely normal — for an octopus.